What Is Chaga Mushroom?

Chaga has been consumed for centuries in the East, most typically as tea, where its health benefits have been recognized for centuries and more recently scientifically validated. It is found growing on the north side of birch trees in forests of northern latitudes. Its technical name is Inonotus Obliquus. Dried, it is hard like wood. The outside has a charcoal appearance and the inside has a rich dark golden-brown hue.

How is it used?

I have really grown fond of drinking chaga tea. I buy the chunks that are about one inch by one inch. I make a batch using about a dozen of the chunks in a slow cooker and three quarts of water. I re-use the chunks three times, with 16 ounces less water each time. I like it plain, but sometimes will use a little honey or stevia as a sweetener. I will even add some to my post-workout protein recovery shake.

Active Compounds in the Chaga Mushroom 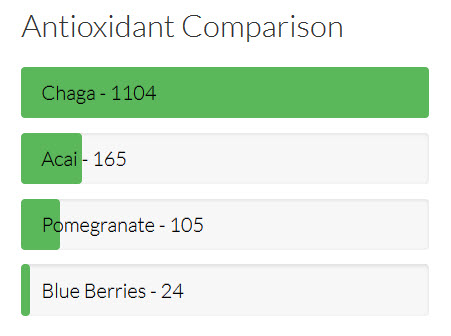 Diseases and Conditions benefited by Chaga

I have been a practicing chiropractor for 30 years. Originally from Minnesota, I graduated from Northwestern College of Chiropractic in 1985. Since 1996 and 1998 respectively, I have provided chiropractic care for the players, coaches and employees of the Arizona Coyotes National Hockey League Hockey Club and the Arizona Diamondbacks Major League Baseball Team. In addition, I provided care for the San Francisco Giants in spring training for 7 years. Since 1985 I have been studying functional medicine applications, Complementary Alternative Medicine (CAM) concepts and advanced clinical nutrition strategies. I welcome stubborn and complicated cases and those that traditional allopathic medicine has failed. One of my goals is to help people to reduce their dependency on medications. I do this by addressing the underlying causes of their illness or disease rather than treating their symptoms. This is accomplished by focusing on the restoration of normal healthy biochemistry and function through diet, exercise, supplementation and lifestyle modification.

Introducing a delicious “new” healthy food, (that isn’t so new after all)

Glyphosate- The Danger Lurking in your Pantry

The COVID-19 Vaccine- The need for a Risk vs. Reward calculation

The immune system and the inflammatory response